Sometimes you wish to change the ordering of elements when an website get's resized, but alas native css doesn't support "moving" elements from one position to another.

That is why I've written my own library to help with that so that even if elements have to appear at an totally different order that is totally managable.

With this library it's not even important in which order your html div's are placed within the document, because they get recalculated at every screen resize to their approriate positions.

Now, because what I'm trying to explain is pretty abstract below the visualisation of what I mean:

Say that this is your website. The natural flow is that the red and blue block are aligned left and the gray blok right.
What happens if you have a responsive layout, the gray block has to appear or as whole above the red or below the red. You cannot extract one block and place that where you wish to place it from the gray block. 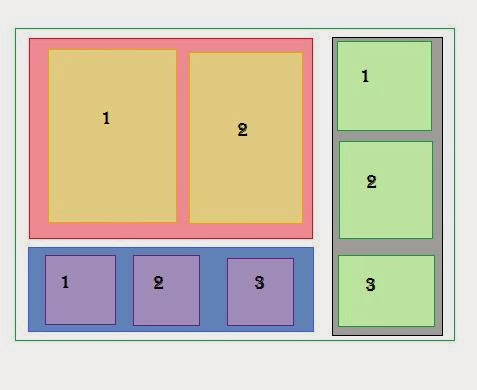 This is an example of the desired result with a responsive view on mobile. You can see that the first block fromt the gray set has been placed under the red and the rest at the bottom.
Doing this in pure css is tricky if not impossible.


Now to explain how it works if you can't puzzle it from the example code ;-)

Every class that is affected or has a command for the library needs to have the CSS class that you defined in the precursor.
Then, any commnd for the library to be processed needs to be preceded by the precursor and then an underscore '_'
Then you define the minimal screen width that this command has to be executed.
Then another underscore. Then the maximal screen width where this rule applies to.

Usually these will follow the same max and min widths you have defined in your responsive css selectors.

The library will skip rules that do not fit within the current screen dimensions.

The following commands can be used with this library:

The order commands takes one parameter and that is the sorting order that applies to this element.
Does it need to appear as first, as second or as third, etc..
This is defined as an integer value(1,2,3,4,5,6).

You can "pop" an element out of it's container(in the graphic example the gray box) with this command.
To use this command you need to give the element you're popping an unique ID.
Also the element needs to be wrapped with a div with the following ID: precursor_wrap_[ID of the element you wish to pop].
This is to make sure that the element can be returned if it needs to be.
NOTE: do not execute this at top level elements ;-) just saying...

This command is used to "undo" the above command pop

To first pop and then sort an element use the following string:

if above statements are both true then:

look for commands, command found:
pop: First pop the element out of the current container
First command executed, check if there is a next command:
order: Tell the sorter to sort the current element at integer provided
2: Priority of sorting. Will be shown as second element if there is an element with priority 1
no further commands, continue loop

Another note, and is possibly the most important one... there needs to be a 'mainwrap' where all manipulations happen.

This is where all the sorted elements will be put into.

Now, to see it in action:

If you have any (intelligent) questions, please don't hesistate to ask me, but kinda same rules as on stackoverflow apply on asking me questions...

If you cannot understand this code from provided code and jsfiddle, this is not for you, go learn stuff then return.;-) 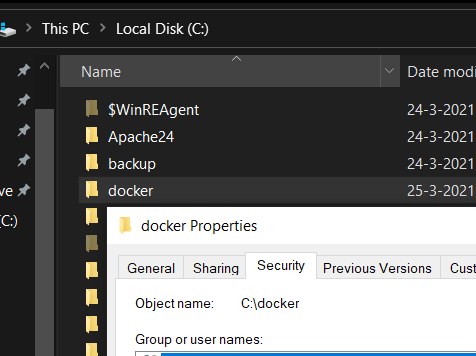 Setting up Magento 2.4 on windows 10 with Docker

Escape codes for special characters in a CSS content element.